From April 1st 2016 to March 31st 2021, Estonian War Museum has been a partner in the international project CD-ETA. It has been a very fruitful and developing journey for our team.

During the eight thematic CD-ETA international seminar „Digitization of museums and galleries“ in Phase 1 in May 2017 a lot of interesting and important information about situation and best practices about 3D digitization of natural and cultural heritage in partner countries was relieved. Estonian team was particularly fascinated by practices that were presented by our Italian partner, Foundation for Research and Innovation, namely by Roberto Scopigno from CNR-ISTI Visual Computing Lab. The presentation on the Digital Fabrication Techniques for Cultural Heritage showed the different possibilities provided by 3D presenting and documenting. Our team understood that artefacts made accessible through 3D could be used for promoting cultural and creative industries (film and gaming industry), tourism (replicas for commercial purposes) and also for academic purposes. Besides, it can improve access and create copies of rare or deteriorated objects.

Therefore, Estonian War Museum did apply for a pilot action in the frames of the CD-ETA project to obtain in-depth knowledge from our Italian partner about the possibilities and benefits 3D could offer, using the expertise and knowhow of Italian partners and best practice.

So far, 3D modelling has not been paid sufficient attention in Estonia and 3D possibilities have been used in Estonian museums and memory institutions only on a small scale. Therefore, there was a clear need to introduce wider use of 3D modelling and influence the policy makers on the importance and possibilities offered by 3D and to improve the delivery of the policy instrument.

The content of our pilot action was to develop 3D models of heritage artefacts that could be later used for educational, academic, industrial and/or touristic purposes. Our team focused on four stands:

Training of Estonian stakeholders (museums and memory institutions) on 3D modelling and its possibilities in the cultural creative industry.

Organising round-table discussions with policy makers, museums and memory institutions to influence the delivery of the policy instrument concerned.

Our pilot showed that many institutions are very interested in the possibilities of 3D modelling but are not quite ready for using 3D content. There are different reasons for that:

- lack of resources - no time to learn or implement something new;

- top down structures in organisation - no cooperations, partnership and support inside the organisation.

There were a couple of stakeholders during the pilot with whom we were able to discuss the topic deeper and run the test cases.

3D recording at Estonian War museum was carried out by a museum photographer. For him it was the first 3D recording project after the training. It took several days and multiple attempts to record a small but complicated object. This shows that it will take quite a lot of effort and resources to get into the topic and be able to produce the content which is accurate enough to replicate the object. This brings in another topic, actually the first thing you should focus on, why are you recording your object in 3D? Do you just want to present it on your website or use it in the exhibition? Maybe you want to produce replicas, 3D prints? Or maybe it will be used for the movie or computer game? All those outputs mentioned need completely different input. In 3D the ideas of “one size fits all” or “let’s do the best we can” do not apply. Define your needs before you start!

One output of the pilot was to prototype use of 3D content in Estonian Museum Information System, based on a 3D viewer developed by Visual Computing Lab. Prototype shows that it would be very easy and straightforward to integrate 3D content in a system like that. Main constraints are the formats and their long term archiving.

Main takeaway from the pilot was that there is still lots of work to be done to implement 3D recording into the museum's object lifecycle. We got a core team of collaborations we keep working together and there are next events to be planned and articles to be written already lined up. Also, there are vivid discussions whether it is possible to include topics related to 3D modelling also to the next Estonian National Cultural Heritage Digitization Strategy.

Foundation for Research and Innovations Met with Stakeholders

University of Patras met with stakeholders 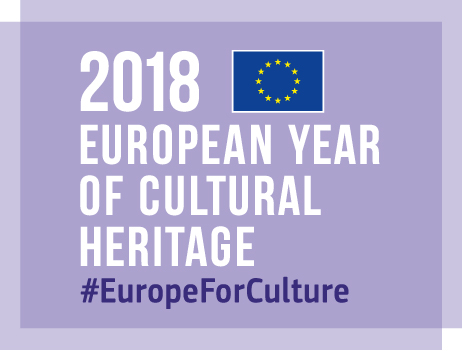