"What is happening in our region in terms of digitalisation - And what does the EU have to do with it?" - Under this event title, Margaret Quinn, Katrin Müller and Dominic Gorecky from the Irish, Swiss and German project partners in the DIGITAL REGIONS project joined the management of the "Digital Start-Up Center Einstein1" and the Upper Franconian start-up nuspace in a about the task of networking people, jobs, visions and ideas and funding opportunities in their regions and beyond.

Katrin Müller, project manager at the German Institute for Information Systems in Hof, introduced the project itself and its goals: A group of multipliers from business and regional funding worked through the project at the Institute of Information Systems on proven approaches to digitization and automation of production in SMEs, which the project partners, spread across Europe, provided for each other. Connected via Zoom was Margaret, who presented the context analysis of the project for the different European partners. She said that collaboration between European regions - especially those with comparable structures such as Upper Franconia and Letterkenney - was valuable in providing a meaningful and broad boost to digitization in companies. Dr. Dominic Gorecky is head of the Swiss Smart Factory in Biel's Swiss Innovation Park, a trial park for companies in the manufacturing sector. He, too, emphasized that the Swiss region has very similar challenges to those of the German and Irish and Portuguese partners: there is a broad-based, tradition-rich middle class for which start-up programs for digitization are available - but these are not always easy or obvious to access. This finding was also revealed by the regional analysis carried out by the project in all regions. In the subsequent discussion on Industry 4.0 and the EU, moderated by Anne-Christine Habbel, Head of Research Marketing, the speakers and the audience discussed their experiences with the structures of the EU, cooperation in their own region and internationally, and the importance of the digitization of production - Industry 4.0.

DIGITAL REGIONS partners from University of Ljubljana (Slovenia) and Hof University (Germany) about their RAPs and good practices shared.

Manufacturing boost for the North-West of Ireland as Letterkenny Institute of Technology showcase revolutionary scanning technology.

Lessons about policy measures for stimulating the participation of SMEs in regional Industry 4.0 initiatives.

Experts from Romania and Ireland share some good practices with the DIGITAL REGIONS partners and stakeholders across Europe.

Slovenian partners about the importance of Industry 4.0 and digital transformation for SMEs. 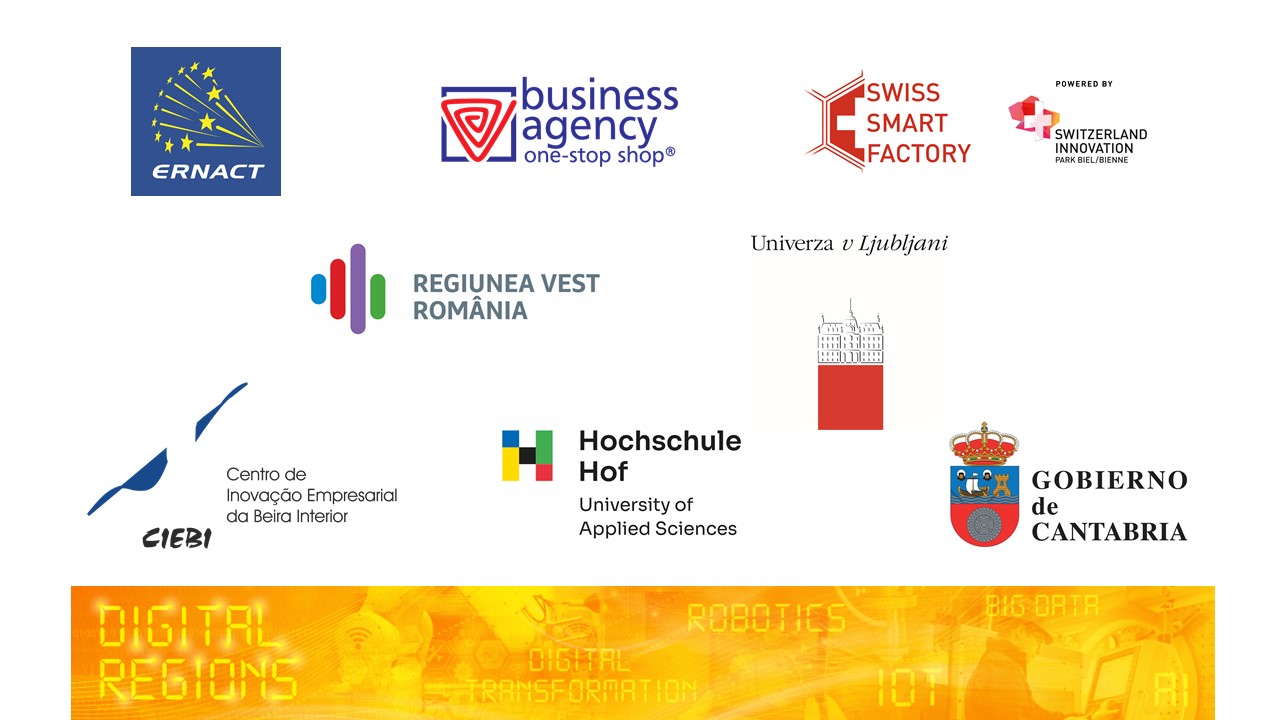 Sign-up to our newsletter and don't miss any updates about Industry 4.0.