From March 29 to March 31, InnoHEIs partners visited the Spanish partner Universitat Autonoma de Barcelona in Spain. It was an interesting three days with a full program.

On 29 March, partners kicked off with the meeting by getting to know the Catalan framework for RDTI polices, and they got to know the activities of two major research and technology centres in Catalonia: EURECAT Technology Centre and the Institute for Photonic Sciences. Additionally, a study visit was organised to the Barcelona Supercomputing Centre, a large infrastructure, leader in computing technologies in the EU.

30 March was devoted to get to know the Catalan policies that link to innovation and HEIs – and their connection to infrastructure, directly and indirectly, including the Catalan ministries of Universities and Research, Business and Labour (through the Agency for Competitiveness – ACCIÓ), and Digital Policies. After some presentations, partners debated on the possibilities to improve the policy instruments in these areas. In the afternoon, project partners presented their action plans and got feedback from their peers.

31 March was devoted to discuss the role of HEIs in fostering their connections with firms and the innovation ecosystem, as well as considering academic implications in this regard, including some presentations from a case study in Puglia (Italy) and EURASHE.

From the 9th till the 11th of May, InnoHEIs partners visited the Lithuanian partners Ministry of Education, Science and sport, and Lithuanian Innovation Centre....

On 29 March, partners kicked off with the meeting by getting to know the Catalan framework for RDTI polices, and they got to know the activities of two major

On March 25, 2022, the Marshal's Office of the Silesian Voivodeship together with the Central Mining Institute organized a workshop meeting addressed to enterpr...

The project is committed to regular dialogue with its’ contributors. Various topics were discussed during the Finnish stakeholder meeting in January.

On Wednesday 26 January 2022, the Autonomous University of Barcelona hosted the 5th stakeholder meeting of the InnoHEIs project in Catalonia.

On the 19-20th of January a partner meeting in InnoHEIs was hosted by the Swedish partner Mid Sweden University in the region of Middle Norrland. There were ab

On december 9, 2021, the Marshal's Office of the Silesian Voivodeship organized an online workshop on the InnoHEIs project. The meeting was attended by 24 peopl...

On October 11, 2021, the Marshal's Office of the Silesian Voivodeship organized the InnoHEIs design workshop.

On July 28, 2021, the Marshal's Office of the Silesian Voivodeship organized the InnoHEIs design workshop. 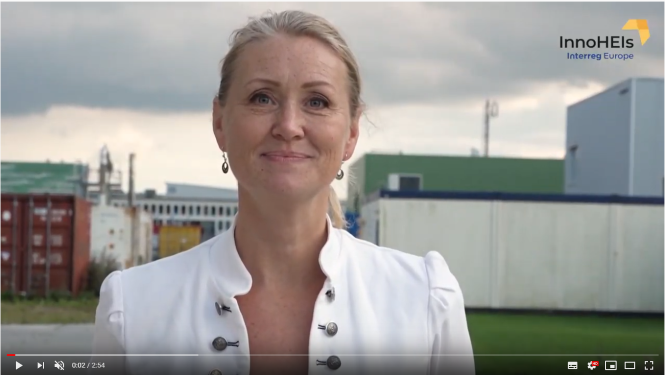 During the kick off meeting in Groningen the project partners share what InnoHEIs will mean for their regions.