Tartu Action plan is being implemented in the framework of Interreg Europe 2014-2020 project “Sharing Strategies for European Research and Innovation Infrastructures (INNO INFRA SHARE)”. It addresses existing research institutions that need to be grouped and connected in order to reach a critical mass in terms of the variety of application and expertise of research staff. The main priority of the local action plan under implementation in Tartu is to develop Tartu’s innovation system in order to support the regional economy. During this year, a notable progress has been made.

The second action is aiming for promoting the use of already existing funding opportunities and cooperation platforms among research institutions and businesses. Tartu City Government, in cooperation with funding bodies in Estonia, has organised several seminars about R&D funding opportunities under smart specialisation. Moreover, Tartu University, City and Science Park will launch a Science to Business incubator beginning of the next year in order to boost the knowledge based entrepreneurship.

Under the action – encouraging international communication and cooperation amongst research institutions and businesses, a study visit has been organised for business support organisations and university technology transfer/entrepreneurship departments to Eindhoven, Hague, Delft and Amsterdam at the end of October 2019.

Tartu City government has also helped Science Parks in Tartu to establish connections and sign a cooperation agreement between city of Greifswald, Greifswald's Science and Technology Park North East (WITENO) and the Ministry of Energy, Infrastructure and Digitalization of the German state of Mecklenburg-Vorpommern.

Regarding setting up the SME support funds for financing start-ups and university spin-off companies for their scale-up or development activities, there has been several developments.

First, it’s planned that the Tartu University, City and Science Park will launch a Science to Business incubator beginning of next year. Secondly, The Estonian state is investing EUR 10 million into high-tech start-ups, through the SmartCap managed Early Fund II, whose development of a product or service and business model are largely based on research and development and the associated intellectual property. This means that Tartu will collaborate with the national government and try not to dublicate the activities.

More information about the Action plan for Tartu can be found here:

Progress of the implementation of the action plan of Vidzeme Planning Region.

The 2nd session of the project final conference highlighted policies and practices to facilitate and accelerate innovation-focused interregional cooperation.

Progress of the implementation of the action plan of Central European Institute of Technology (CEITEC BUT).

First session of the conference on (RIIs) and interregional cooperation has gathered around 50 participants from RIIs, universities and policy makers.

In October project is organizing an online conference in 2 sessions on accessibility and interregional cooperation in research innovation and exploitation.

Experts from Latvia visit Open Lab Skåne in Sweden, for an in-depth review of the good practice.

A conference was organized to discuss the future agenda of RIIs.

Join our LinkedIn group to stay updated on our activities. 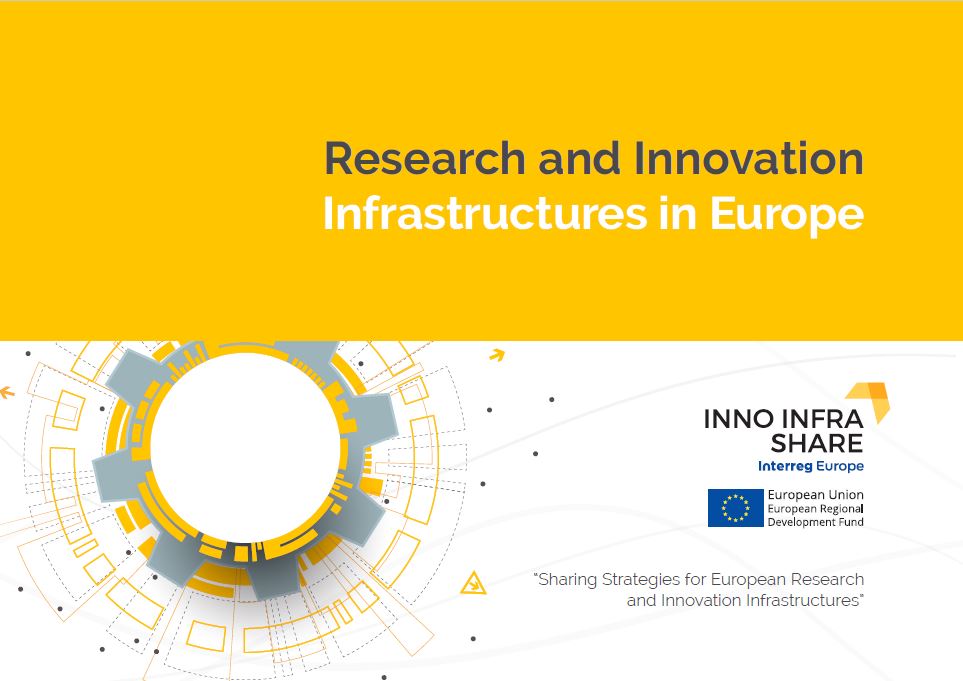 Learn about Research and Innovation infrastructures in Europe identified within the INNO INFRA SHARE project. 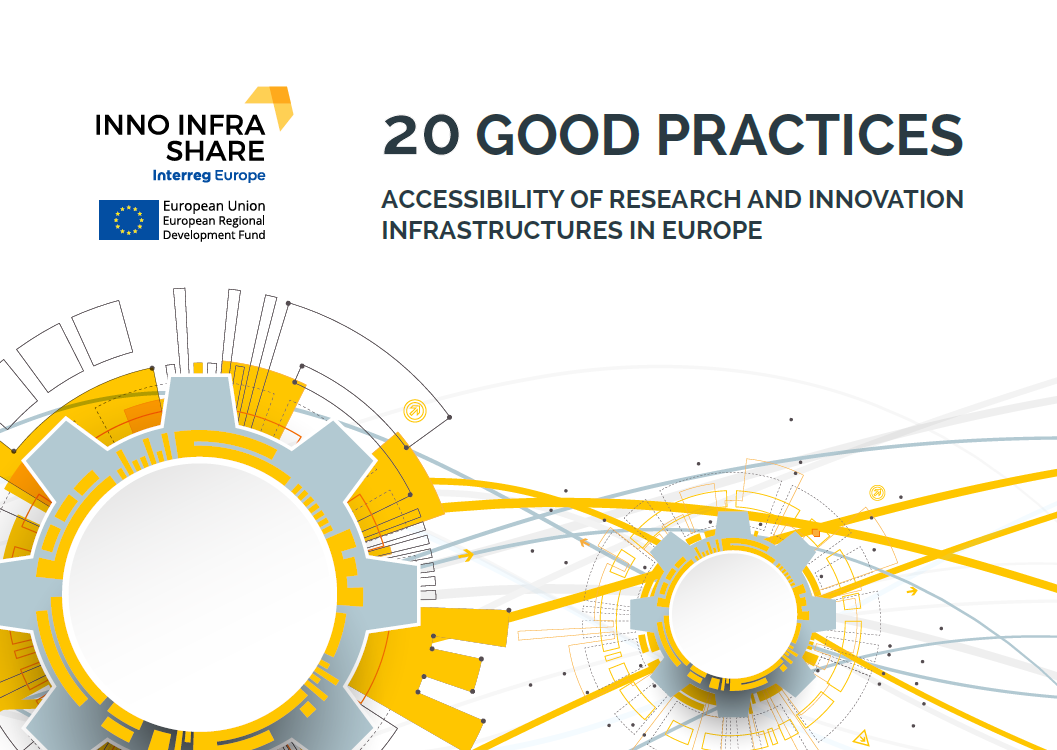 Learn about 20 good practices of accessibility of research and innovation infrastructures in Europe identified in the INNO INFRA SHARE project. 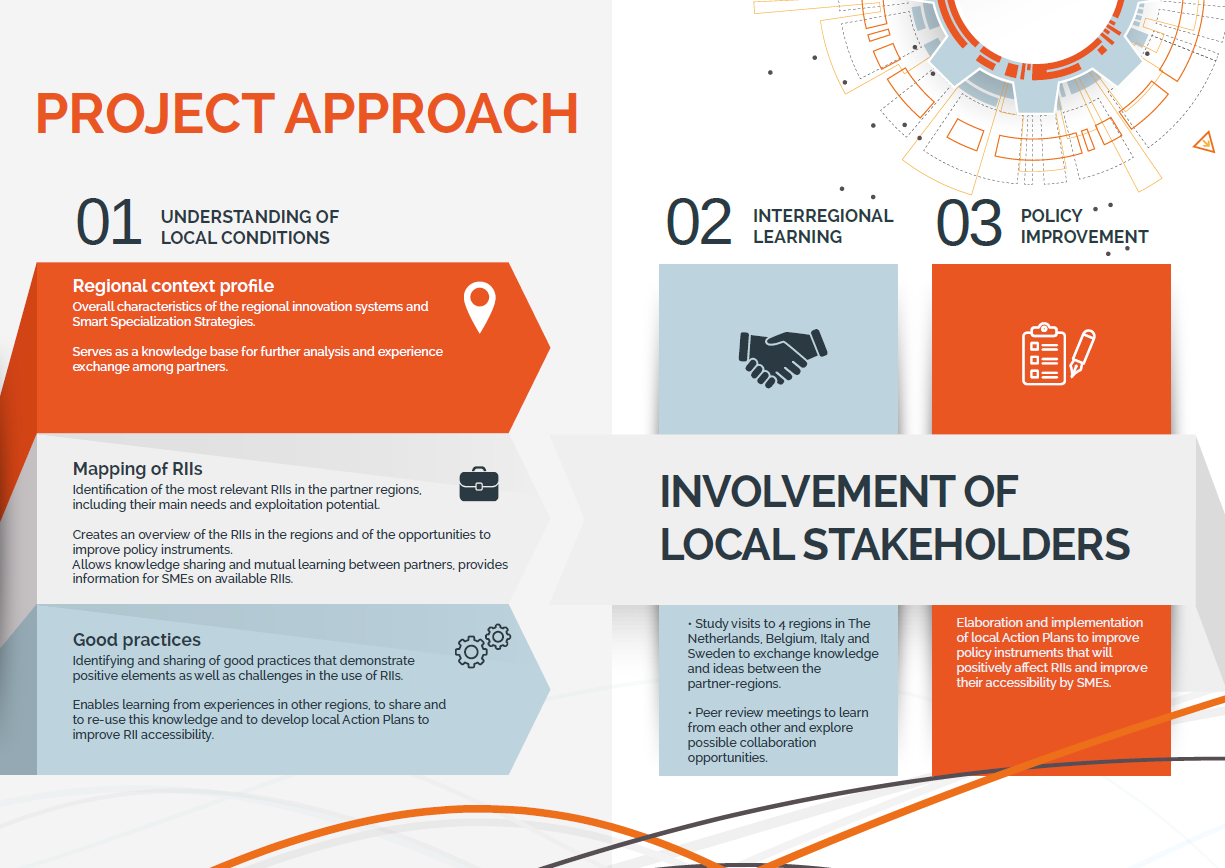 Learn more about the INNO INFRA SHARE project and our approach to reach the project goals.