Mr Jesus Diz, the operational services director of SADECO, the Sanitation services provider for Cordoba, has presented the solutions deployed in the historical area of the city which range from disposal points with an aesthetic cover, to underground containers and warehouses. Some of the solutions adopted, for instance the container covers, have been financed by authorities such as the Cordoba Tourist Consortium, through the support of European programmes and by the city’s own resources, he explained. These solutions have gradually been installed across the city. 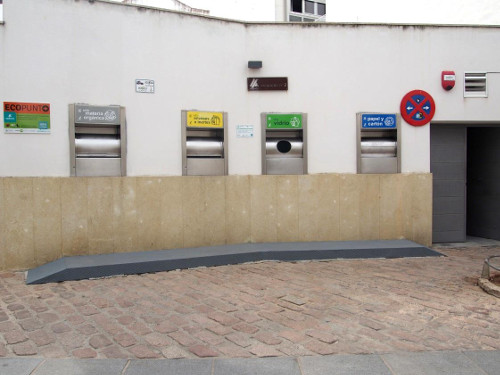 These warehouses actually present existing historical buildings, perfectly fitting into the overall architectural setting, whose interior has been transformed into waste warehouses while maintaining the same facade and exterior feature like the rest of neighbouring buildings. The waste disposed by local residents or tourists enters the warehouse through lids for different waste streams discretely mounted onto walls. Such warehouses represent 7% of the total 587 disposal points in Cordoba’s historical centre. Another 52 underground containers further increase the availability of proper selective collection without harming too much the image of the city. Similar to this solution, in Tallinn and Krakow, the residents are obliged to install specific waste storehouses which would hide the bins. Although with their use limited to local residents it still helps preventing littering and waste being carried away by wind. While Tallinn is subsidising the installation of such shed alike storehouses with 70% reimbursement with the framework of the “Fix up the courtyard” project, the locals in Krakow have to take care of these themselves.

Caroline Soares on behalf of the city of Porto has presented the way the city handles waste from numerous commercial and HORECA establishments, as they make up a large number of clients, especially in the coastal area of the UNESCO Heritage area. She reflected on the waste problem in the Ribeira area that made the city develop and implement a door-to-door collection scheme. This change was triggered by the overload of street bins in the area. The high tourism levels and the consequent high volume of commerce in Ribeira resulted in a production of great amounts of waste, especially coming from the commerce and HORECA sectors. 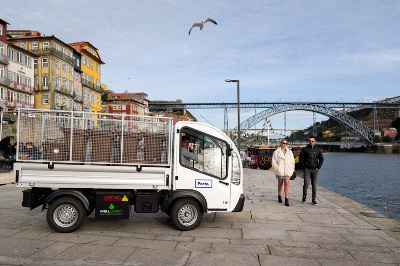 Mr Giuseppe Ponzini, as a guest speaker on behalf of Quadrifoglio (waste management service provider for Florence) presented as well a special agreement that had to be made due to Florence’s rich ancient history. Along the project of installing underground containers which Quadrifoglio is delivering to the city of Florence, Quadrifoglio has to work very closely with the UNESCO office for the City of Florence and the Archaeological Superintendence of Tuscany. In practice, the installation of underground containers requires excavations deep enough to reach ruins and artefacts from ancient Roman and medieval periods. Mr Ponzini described this collaboration between the Archaeological Survey and Quadrifoglio, as a unique opportunity to enrich the knowledge of the history of the city and enrich the city’s touristic offer, rather than an obstacle to the execution of the works.

Underground containers are generally a common way to provide waste disposal point in cities, whether for local residents or tourists as it is the case in Porto, Florence and Cordoba. As Ms Soares explained, the utilisation of underground waste containers in the Heritage city centre arose due to the high waste production in the area, what required a higher storage capacity of the street 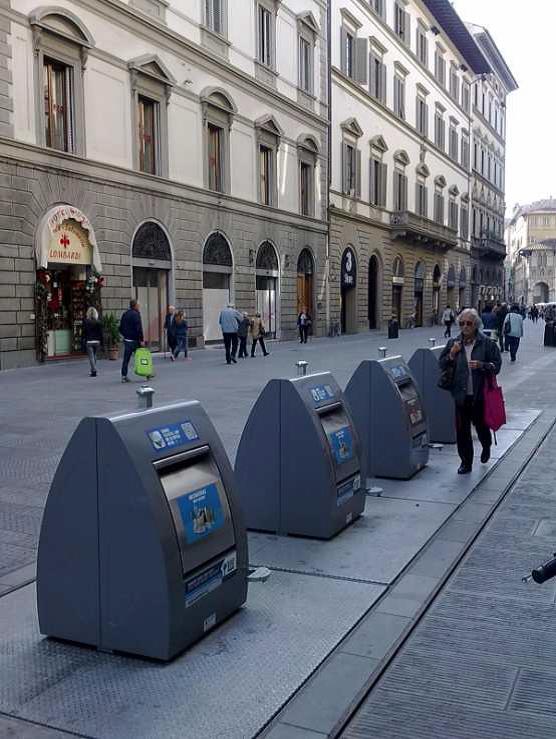 bins. Although the city recognised this need for storage capacity they had to keep in mind that the area of concern had a very high cultural value. As a solution, the city opted for underground containers which would cover the storage needs instead of a large number of surface containers which would have a negative visual impact. A similar practice was developed in Florence, and Mr Ponzini presented the city’s latest achievements in regards to their long term objective to replace all street containers with underground ones. They have now covered 60% of the historical centre of Florence what has led to a separate collection rate of 75%, due to the configuration and number of containers available for different waste streams. 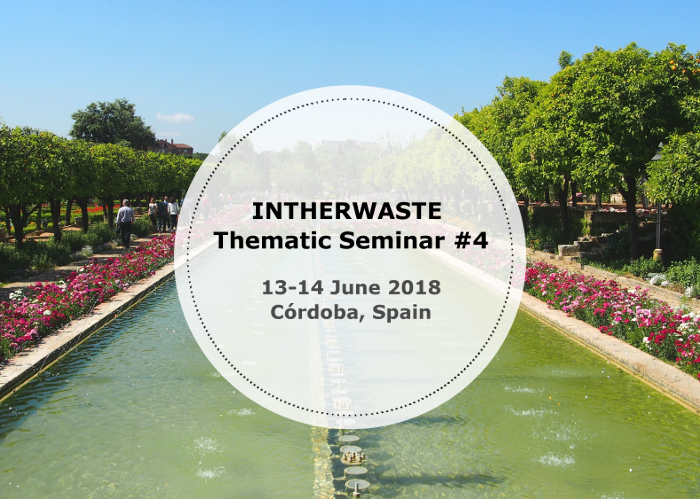