On the 7th of December 2021, the 5th regional thematic workshop as part of the LINDANET project took place. The main aim of the workshop was to discuss the coordination of administrative activities in the field of lindane pollution. The lindane production in the Jaworzno had been performed predominantly from 1965 till 1982. For years, hazardous waste were deposited at the Rudna Góra Central Landfill and in the surrounding areas. It is estimated that over 200 000 ton of hazardous waste, including a minimum of 31 300 ton of HCH waste, are deposited in the Wąwolnica stream Valley.

The representatives of Central Mining Institute presented the experiences of Government of Aragon. A separate lindane decommissioning unit established in October 2015 within the administrative structure of the Government of Aragon was responsible for the development and implementation of the Strategic Lindane Elimination Plan in Aragon. The Plan was presented as a good practice in implementation of remediation activities.

During the meeting, the planned change on legal conditions in Poland caused by the draft of legal act concerning polluted and degraded areas was discussed with Mayor of Jaworzno City Paweł Silbert and Marcin Tosza from Department of Environment of Jaworzno City.

The new legal act has been already prepared by Polish Ministry of Climate and Environment. In the assumptions, it transfers the cleanup obligations towards the Mayor. In particular there are 4 sites listed in the draft of legal act including Jaworzno. The draft of legal act lists only possible sources of funding, such as EU Resilience Fund, EU Structural Funds, EU Cohesion funds, own budget of Municipality, National Fund for Environment Protection and Water Management.

During the meeting, it was agreed to initiate by Jaworzno the online meeting of all 4 Mayors. The aim would be to agree a common position of all parties listed in the draft of legal act including Jaworzno. The position should be aimed at the elimination of lindane taking into account the possibilities of local administration. The consultation period will last 21 days after the draft of legal act is published.

You can now consult the final report of the Lindanet project: results and main achievements

Lindanet interregional project: the European network meets in Rome and returns to Colleferro for the final dissemination event

Lindanet project article about HCH: conditions and the state of the art

On March 16, 2022, LINDANET partners organized a webinar to report on soil contamination by HCH in Europe and the progress made within the LINDANET project.

The 4th and 5th stakeholder meeting brought together representatives from the GA, the Institutional and Social Committees

Description of the experimental Lindanet action plan of IZSLT, progress of the activities of the policy instruments in the Sacco Valley

The event took place on the 31st of January of 2022 between 14:00 and 15:00 CET and it was
celebrated through videoconference due to COVID-19 restrictions. 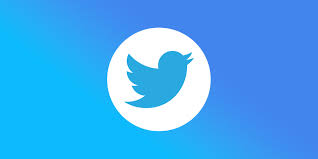