Follow
"Ambulance for Monuments" works in a race against time to save some of the hundreds of landmarks in Romania that are under threat of collapse and degradation.
Since 2016, Ambulance for Monuments has mobilised hundreds of volunteer experts, students, passionate amateurs and trained craftsmen to join forces with mayors, priests, local councillors and other community representatives to save endangered heritage, thereby raising awareness of the value of cultural identity and encouraging a sense of stewardship.

The 48 interventions include repairing collapsing roofs and walls, improving drainage and stabilising wall paintings. Many were undertaken on local, national and World Heritage Sites, such as churches, mills, manor houses, railway stations and ruined forts. The initiative also trains young people, addressing a skills shortage that exists throughout Europe and ensuring future sustainability.

The heart of the programme in each region is an intervention kit: an ‘Ambulance’ equipped with tools, construction equipment and materials.

It's an umbrella initiative with a strong focus on local decision-making and ownership. This ensures close cooperation between private and public bodies. Local and regional authorities cover most of the costs, while private companies and donors fund additional materials, equipment and tools. Communities host volunteers and provide meals.

Engages people: Over 300 volunteers; more than 100 students; 5 new jobs created for craftsmen; and many others in producing raw materials such as shingles, lime, tiles and bricks.

Once started in 2016, the project kept growing and rolling avidly like a boulder going down a hillside. The greatest challenge remains the lack of trained personnel necessary to extend the project such as to fulfil the demand. At the moment, interventions are turned down due to a lack of appropriat

The Innocastle project partners felt that there was much to learn in other regions from the Ambulance for Monuments approach.

The pilot project in Southern Transylvania has been successfully completed, but the model was designed to be replicated – and to grow continuously, rather like a franchise system. The team at Asociația Monumentum would like to extend the initiative on an international level, thereby saving as many monuments as possible.

They are currently working towards establishing new Ambulances in the Romanian regions not yet covered. At the same time, they appreciate the importance of increasing professional development through the training of new craftspeople who are both passionate about heritage and able to increase the range, quality and efficiency of Ambulance interventions. Such people, and hence their training, are crucial to the success of the project, and its franchises in other regions.

Please login to see the expert opinion of this good practice. 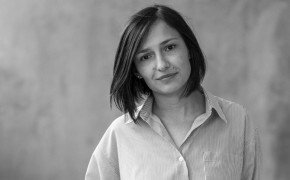 Good Practices being followed by