Follow
Bus+Bike seen in terms of the potential of the bicycle, as a feeder mode, to expand the catchments for public transport
The Bus+Bike Service was put into operation in September 2006. The bicycle is an integral part of the transport concept. The relationship between the bicycle and bus is bilateral. On the one hand the bike is a part of the public transport chain. On the other hand the bicycle competes with the city transport, especially over the shorter distances. Therefore, the Bus+Bike Service located in the bus stations aims at boosting the combined use of public transport and bike. The only requirement is to hold a transport card of the Metropolitan Transport Consortium (eg: “Consorcio de Transporte Metropolitano Area de Sevilla, Area de Malaga”, etc). It is a practice diffused in the main cities of Spain. It is a free service of bikes (180 units in Seville) located in the main bus stations. These bikes are available to the users from 7:30 to 00:00h all working days in a year. This is offered as an added advantage to the use of the public transport card.

Bus+Bike is continuously growing because the link of the transport card allows in some cases the combined use of different transport systems (train, bus, bicycle) as an effective measure to boost the use of the public transport. The combination between the public transport and bicycle is efficient and attractive when the cities have good cycle paths connecting the different interchange nodes.

The main challenge tackled by this good practice is the improvement of “Intermodality” in the Spanish cities areas. The effective space created for bicycles favors the use of inter-modality and support the avoiding of pollution that motorized vehicles would have produced for the same trip.

The service, associated with the use of the transport card of the Consortium, will enable the citizens of the metropolitan area who use public transport to have a bicycle loan for their trips through the urban area. The object is to increase simultaneously the use of the bicycle and of the public transportation by the promotion of the combination of Bicycle&Public Transportation as an alternative to the use of private cars in Metropolitan Areas and Region. In an applied scheme promoted by the Andalusian Energy Agency the estimation of reduction of CO2 emissions in the city of Jerez stand at 131,600 kilograms of CO2 per year and fuel savings of 56,000 liters/year.

Please login to see the expert opinion of this good practice. 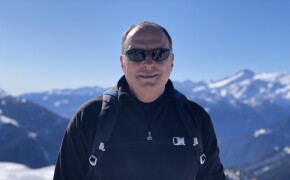 Good Practices being followed by

Pafos Regional Board of Tourism