Follow
The introduction of first e-buses was coupled with a research project to study real-world performance and gain more information to be used in fleet expansion.
In 2016, the city of Turku procured a fleet of six fully electric buses along with two opportunity charging stations and depot chargers. The six e-buses electrified the city’s bus route number 1 being the first pilot with fully electric buses in the region.

To assure the performance of the e-bus system and gain information and operational data to be used for future fleet electrification, a separate eFöli research project was started. The main research partner was Turku University of Applied Sciences (Turku UAS) and laboratory tests performed for vehicles were procured from VTT Technical Research Centre of Finland.

Turku UAS made real-world measurements on the chargers and vehicles and analyzed the operational IoT data constantly generated by the various sensors in the buses. The researchers had full access to all data and were able to define key characteristics such as total cost of ownership (TCO); energy consumption on vehicle, charger, and system-level; and nominal emissions. To understand the financial and environmental impact of electrification, a conclusive comparison of TCO and emissions were done between a typical diesel bus and the e-bus system.

Operational data was monitored throughout the project allowing identification of typical charging and discharging profiles. It also helped in troubleshooting the charging problems and other issues faced with the pilot system. To verify the real-world measurements, chassis dynamometer tests were performed at VTT.

TEKES – the Finnish Funding Agency for Technology and Innovation funded the project by 240 000 € which covered a major share of the project costs. City of Turku funded Turku UAS by 150 000 € and Turku UAS contributed 64 000 € own funding.
Laboratory measurements procured from VTT totaled 97 000 €.

The project supported the introduction of e-buses and provided publicly available research data on e-bus operation and operational experience. This encouraged private operators to pilot with e-buses. Now number of e-buses has gone up from 6 to 61.

The reasearch also supported drafting of Turku Climate Plan by reassuring that targets of carbon neutral public transport by 2029 and for the city-owner operator already in 2025 are realistic and e-buses should be named as primary mean in the plan.

This project demonstrated that coupling the e-bus pilot with a research project and external expertise can make the pilot more fruitful and provide more objective scientific data and more concrete results to be utilized when making plans and decisions on further electrification. This practice can be recommended for all regions first introducing e-buses or when piloting new kinds of e-bus technologies. 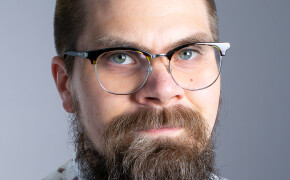