On 8 February 2022, the Policy Learning Platform held a webinar on Building a regional hydrogen economy. Hydrogen as energy carrier is recognised as important piece in the puzzle of Europe’s energy transition. How it can be produced, stored, distributed, and used by European industry and households is outlined in concepts, but only a few pilots exist at real-life-scale to date.

Regions across Europe are trying to position themselves to become leading players of a future hydrogen economy. They develop strategies, command studies to understand their territorial potential and strengths, ponder how to best support their local companies, and the most advances submit ambitious projects for so-called 'hydrogen valleys' to EU funding.

As well as a presentation from the European Commission, DG Internal Market, Industry, Entrepreneurship and SMEs, on the EU’s ‘hydrogen strategy for a climate-neutral Europe’, the webinar also feature regional experiences from partners in the SMART-HY-AWARE and DeCarb projects.

00:15:27 Presentation by Henning Ehrenstein on an overview of the EU policy framework for H2, production methods and terminology, the roadmap towards green low-emissions H2 and EU initiatives for regions.

00:45:26 Q&A: Is the action plan available on your website? And was there a traditional coal sector in your region in response to which a Hydrogen Transition Plan was implemented?

00:47:32 Presentation by Governor George Kasapidis on the building blocks of a regional hydrogen economy with national impact.

00:57:29 Q&A: I have seen that there is a lot of renewable energy investment going on in Western Macedonia. Has the region been pro-actively using land-use planning to allocate more sites for renewable energy production?

00:58:58 Q&A: Have you thought about training and qualifying the workforce to they can benefit and not lose out?

01:00:54 Presentation by Sandro Omondi showcased the potential of Aberdeen as a 'Hydrogen Hub' and the creation of a stakeholder group.

01:13:31 Q&A: For the maintenance of the vehicles and facilities, do you externalise this or do you train your own staff? And if so, where do you find the know-how for purpose?

00:14:55 Q&A: What is the current and target level of green hydrogen production in Aberdeen?

01:18:41 Q&A: What benefits do you expect for your territory from the implementation of hydrogen strategies? And how would territories miss out if they don't engage in this type of development.

From this webinar, we can highlight some key insights for local and regional policy-makers: 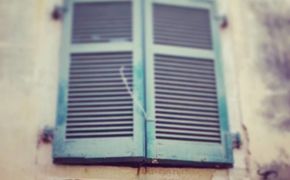 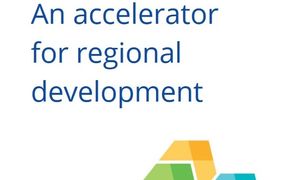