All STAR Cities partners met during a trip organised on 5-6 May 2022 by the Hamburg Metropolitan Region. The purpose of the seminar was to learn about the Hamburg region's good practices and share the progress of Action Plans implementation.

Study visits were organised to different locations in the Hamburg region. STAR Cities partners participated in the event with some of their stakeholders: the Val-de-Marne tourist office, the Lazio region, the IX municipality of Rome, the city of Hamburg, Kaunas 2022 European Capital of Culture and NECSTouR. Representatives from the Hamburg Metropolitan Region were also present and brought several actors on some of the visits.

Hamburg Region: the Elbe as a tourist attraction

The seminar started with a bus trip along the Kurs-Elbe region. A first stop was made in Lauenburg. After a guided tour of the city, the participants had the chance to visit a historic ship, the Kaiser Wilhelm. On board, the Hamburg team presented its various actions in terms of river tourism in this region, such as the Elbe Festival and the Elbe Cycle Route, which connects the city to the pedestrians and cyclists of the region.

Afterwards, the group travelled to Bleckede to admire the rich landscape of the Elbe along the former German-German border. The partners and their stakeholders were able to visit the Biosphaerium in Bleckede.

The day continued with a stop to see the 38m high Schiffshebewerk boat lift in Scharnebeck. This lift is a witness to the industrial heritage of this region.

On the second day of the seminar, the partners and their stakeholders discovered the Altes Land region. The fertile land of this region has allowed the development of agriculture. Towns such as Jork and Mittelnkirchen are typical with half-timbered farmhouses facing the street and the land directly behind them. The region is the largest continuous fruit-producing area in Northern Europe (especially apples and cherries).

A stop was made at the Herzapfelhof apple farm where the group was able to discover good marketing practice with heart apples.

Finally, the group visited the Port Museum Hamburg. The museum is located in the Freeport, on the last set of quay sheds that is now under preservation order. The quay structure was built 100 years ago and once ensured optimal handling of goods between the ship moored at the quay and the land traffic. Today, the museum is a symbol of the industrial heritage of the Hamburg region.

The implementation of Action Plans has started since November 2021 and all partners are now focusing on their regional actions.

On Friday morning, each partner presented the progress made in the implementation of action plans.

- Val-de-Marne Tourism Board has started to organise a new event as a pilot action. The “Marne River Tour” will take place in June. They are also working with other DMO (Destination Management Organisation) to promote Marne river as a brand.

- In Rome and Lazio Region, a new DMO is being set up and, as soon as it has received the regional co-financing, it will be able to start the activities envisaged by the project.

- Hamburg Metropolitan Region completed the SWOT-analysis of the Tourism Development Concept. The goal is to include a river tourism strategy in it.

- The River Festival in Kaunas, which was also approved as a pilot action by Interreg Europe, will take place in May 2022. Kaunas 2022 is working hard to promote this new edition!

Partners will meet again in Kaunas in September 2022 to present the results of Action Plans during a European Conference, as part of the European Capital of Culture 2022. 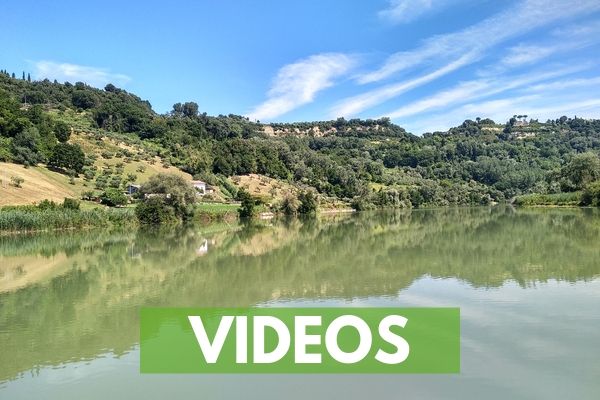