What is the situation regarding the urban development instrument in Nicosia, Cyprus?

Cyprus is the third largest island in the Mediterranean after Sicily and Sardinia, but the largest island state of the Mediterranean with an area of 9.253 sq.km. The island lies at the hub of three continents and close to the busy trade route linking Western Europe with the Arab world and the Far East. Cyprus constitutes a single region at NUTS2 level and is categorized as a “more developed region”.

Since 1974, the northern part of Cyprus (some 35,2% of the country’s surface), remains under Turkish military occupation, outside the effective control of the Government. Another 2,6% of the land is administered by the UN (buffer zone) and 2,7% is retained by Great Britain in the form of two military bases. In 2011, the population of government-controlled areas had reached about 840.000, 67% of which lived in urban areas.

Nicosia is the largest city, capital, and seat of government of Cyprus. The city has experienced rapid economic growth and is an important international business and commercial hub in the Eastern Mediterranean. The central area, especially within the Venetian walls, stands to benefit most from regeneration and upgrading of urban functions to tackle the loss of revenue and employment, which exceeded the national and city averages in 2012-2014.

The two main urban development tools for the city of Nicosia are: a) The “Sustainable Urban Development” strategy of Nicosia and b) Local Plan of Nicosia.

The “Sustainable Urban Development” strategy of Nicosia (developed in the frame of the Operational Programme Competitiveness and Sustainable Development 2014-2020) focuses on the central area. According to this strategy, the central area is lagging behind in terms of development, economic activity, economic welfare, social welfare and sustainability of the urban environment. The continued existence of the demilitarized zone, which crosses the core of the central area, has been a social and territorial barrier that divides the city’s communities and prevents it from functioning as a single urban area. Problems of urban decline and population shrinkage are particularly acute along the areas neighbouring the demilitarized zone.

During the design of the Operational Programme Competitiveness and Sustainable Development 2014-2020, a crucial need for revitalization of the urban area of Nicosia has been identified. Therefore, the contribution of the financial instruments was necessary, in order to implement interventions in the urban centers of Cyprus so as to: − stimulate business activity and create jobs; − regenerate of the urban environment, and protect the natural and cultural resources; − improve urban mobility through sidewalks, bike lanes and traffic regulations; − create or improve social infrastructure.

The Local Plan of Nicosia

Concluding, another important urban planning tool in Cyprus are the Local Plans which are Development Plans defined by the Law of Urban and Spatial Planning. These Plans specify the general principles on the basis of which the development in each area will be promoted, controlled and regulated. The development strategy of the Local Plan of Nicosia (last update 2018) is defined as the organized and unified development of the urban complex, the discouragement of the development in areas other than those provided for housing, work and leisure for the population, with prudent resource management and environmental quality conservation. The main objectives of the strategy are:

Discover more in the EURE Regional Report Cyprus, prepared by the Cypriot partner of the project Nicosia Development Agency.

Atlantic Cities presented the Regional Report on the Brittany Region during an event on 20 May 2022.

Study visit to the former A. Deglava Street landfill for EURE project partners

What is the situation regarding urban resource-efficiency, sustainability and the different urban development policy instruments in Riga?

Next 26-30 June, Katowice will welcome the 2022 edition of the World Urban Forum.

A Mercosur Cooperation Cabinet is now existing in the frameowrk of the Fronteira da Paz Sustentável project.

What is the situation regarding the territorial development instrument in the Brittany Regions? 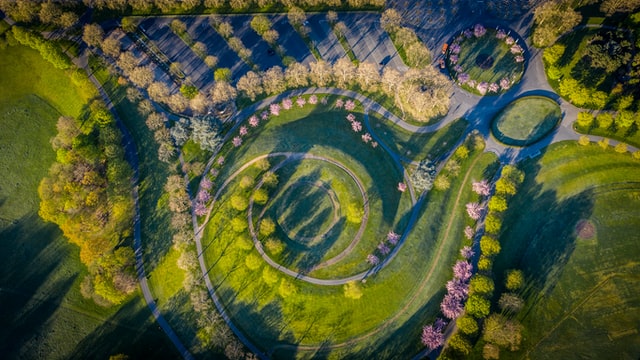 Join us next 29 June in Brussels!

For a better and greener life in European cities?

Discover our 15 recommendations for the future of the EU Urban Policy.

Get inspired by EUREka!

Are you searching for inspiration on sustainable urban policies? EUREka! is there for you!

EURE in a three-fold paper

The journey looks long to the final improvement of the 8 policy instruments, but the EURE team is ready to tackle the challenge. Take a look!

Take a look at the summaries of the fifth semester in the regional languages of EURE.

Choose your language
Tweets by EURE