The Government of the Basque Country leads CREADIS3 project through its Department of Culture and Language Policy. The Department has, among its commitments, the consolidation of the innovative sector of the Cultural and Creative Industries (CCIs).

Culture, creativity and the CCIs are recognised by the Basque Country as a source of economic growth with a high potential for local and regional development (9% of the industrial fabric and 8% of employment (71,000 jobs), 2.2% of Gross Added Value).

Emilia-Romagna Region is managing authority of ERDF and ESF, responsible for S3 implementation, directly involved in the implementation of the Regional Operational Programme 2014-2020. As policy maker, it is the organization aimed at elaborating, implementing and evaluating policy measures. The Region is in charge for designing and implementing regional industrial policies and, in the last decade, it has strongly focused its research and innovation policies as the core of industrial development policies, by increasing firms investment in R&D, stimulating the collaboration between firms and research organisations, promoting high tech start-ups.

Emilia-Romagna Region has a long experience in dealing with European projects, both as project partner and as lead partner.

The assignment of the Public Service of Wallonia / Economic Policy Directorate consists in advising the Walloon Government in matters related to the Walloon economic policy, including innovation and creativity, competitiveness, clustering, SMEs and sustainable industry. To this end, it ensures, on one hand, a follow-up and a transposition of European policies, and, on the other hand, it assesses the Walloon policies and proposes the related arrangements or the development of new tools.

REGIONAL DEVELOPMENT FUND ON BEHALF OF THE REGION OF WESTERN GREECE:

The Regional Development Fund on behalf of the Region of Western Greece is a member of CREADIS3 project’s consortium (partner). The Directory of Development Planning and especially the Department of Regional Planning deals with the promotion of regional policies and the adoption of effective strategies, which contribute to the exploitation of existing and new resources in several fields, such as culture, tourism and technology, which are in affinity with the priorities and aims of the operational program of the Region.

The sector of culture and entrepreneurship are two of the regional operational programme’s main pillars, being in compliance with the regional smart specialization strategy and aiming at the same time at the strengthening of regional economy through the high perspectives and potentials for local SMEs and entrepreneurs.

THE MINISTRY OF CULTURE OS THE SLOVAK REPUBLIC:

Since 2010, the DPE has been closely associated with the Walloon Government in the design and steering and implementation of the Creative Wallonia programme. In 2013, Wallonia (along with Tuscany) has been recognized by European Commission as a “European Creative District” because of its holistic strategy built in the view to support the economic recovery of the Region.

In the Operational Program ERDF 2014-2020, the Walloon Government has nominated the Public Service of Wallonia/DGO6 as responsible for the implementation and monitoring of the Creative Hubs Action under ERDF. The 7 Hubs are the territorial spine of Creative Wallonia aiming to support the key stakeholders of creative economy to structure themselves in an ecosystem with a common vision of the territory. 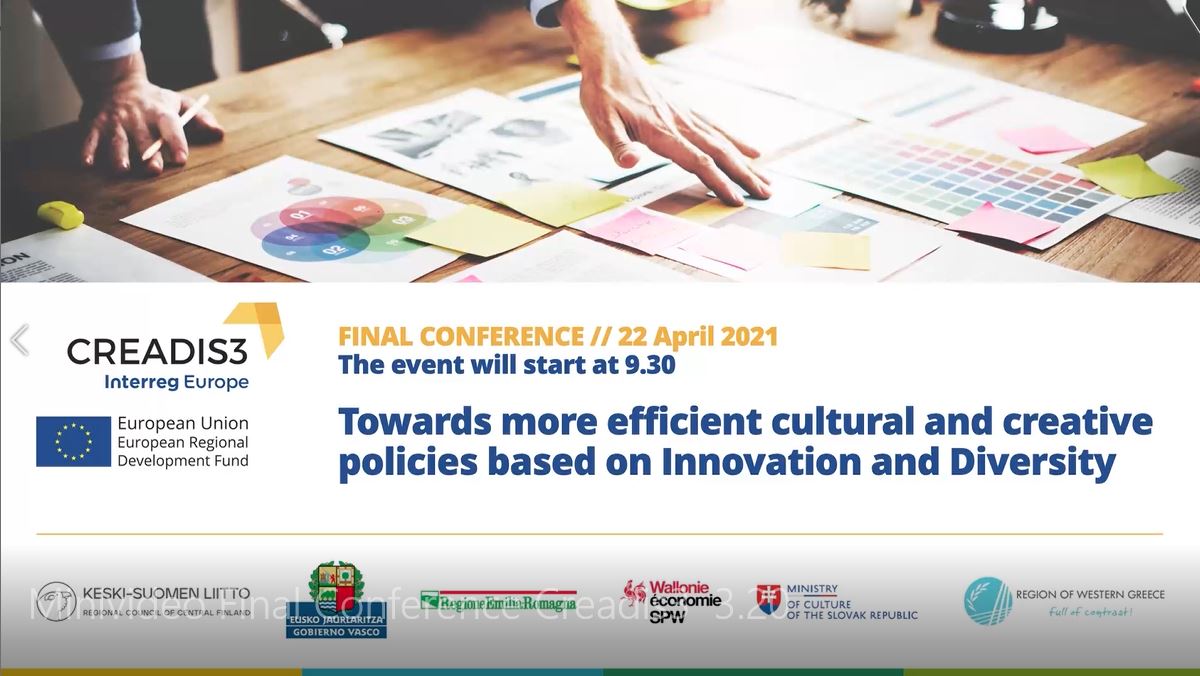 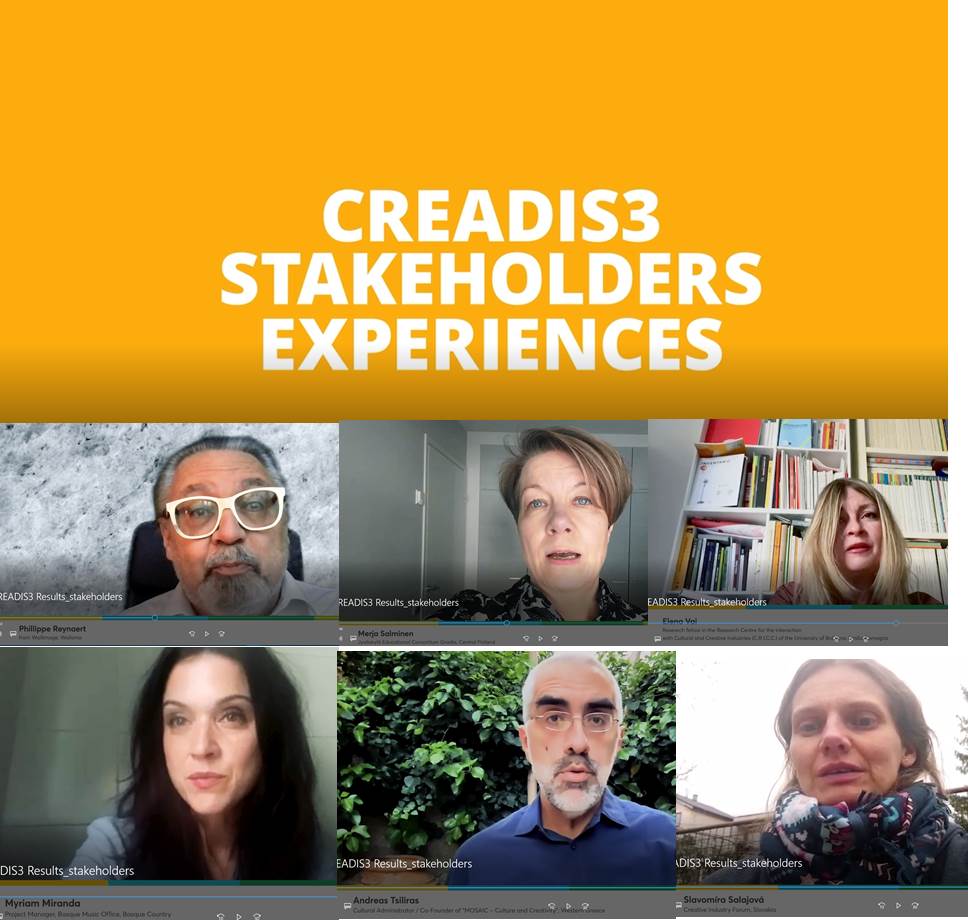 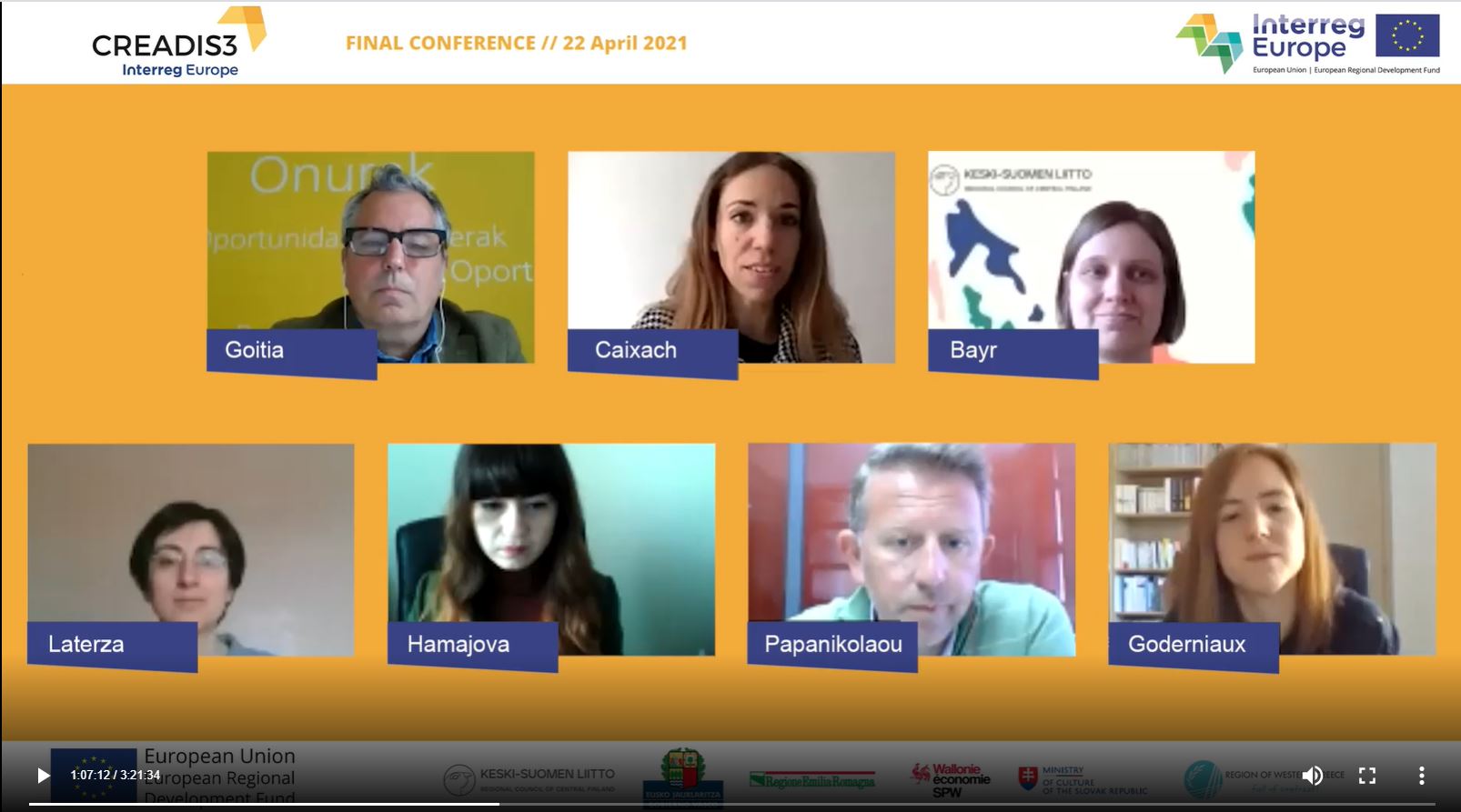 If you missed the CREADIS3 FINAL CONFERENCE, look at the video! 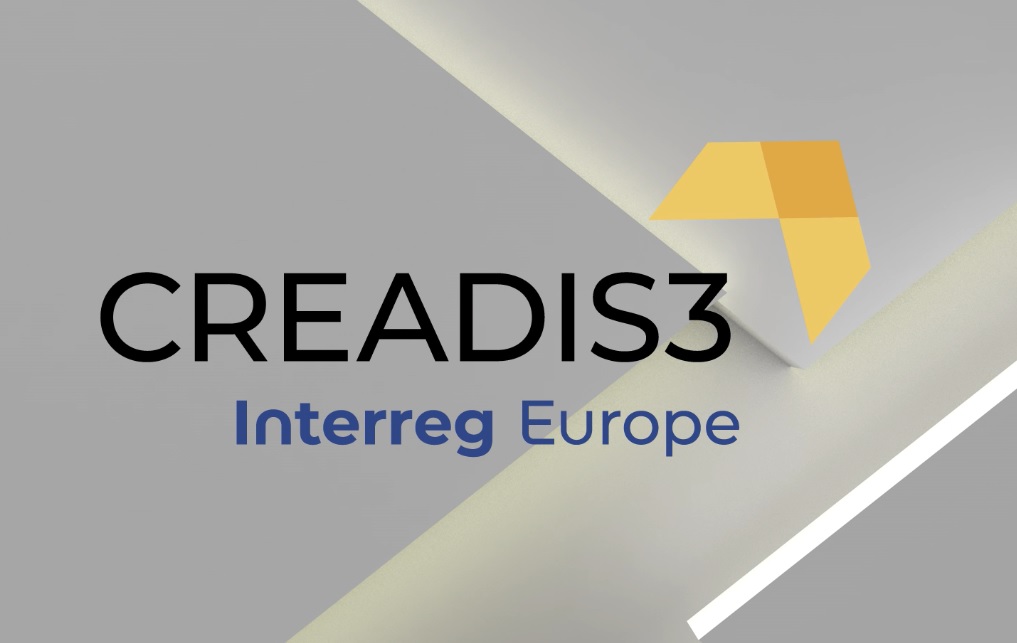 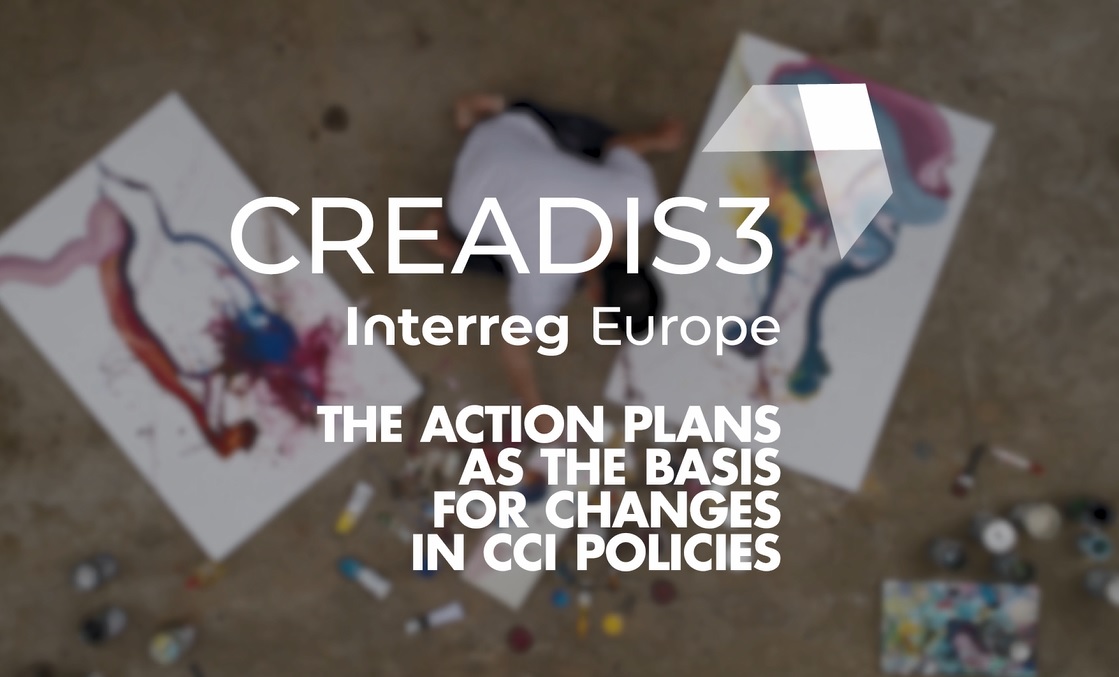 Here you can see the video on the CREADIS3 Action Plans, as the basis for changes in CCIs policies.