SRC Bistra Ptuj, in cooperation with the School Center Ptuj, with the support of the Municipality of Ptuj and the Manager Club Ptuj, organized a special Entrepreneurial Challenge for Youth 2020 this year due to anti-corona measures, which took place digitally via the Zoom video platform. 8 young entrepreneurial teams from the School Center Ptuj and primary schools of Podlehnik and Ormož competed, who had to present their ideas in just five minutes to an expert commission and a total of 96 participants in the e-event. The 5-member expert commission was most convinced by the teams Drava line and Kamp JA Slovenija, which collected the same number of points for the first place and the third-ranked team Pendant for keys 0.0 driver. The audience chose the Palcice team as their favourite.

The Entrepreneurial Challenge for Youth 2020 is the final event of a program to promote entrepreneurship among young people in the Municipality of Ptuj. SRC Bistra Ptuj and the School Center Ptuj, especially the School of Economics, have been cooperating in encouraging young people to think entrepreneurially. This year, we also included elementary school students from Ptuj, Podlehnik and Ormož, who were especially distinguished by winning the first place in the entire competition. 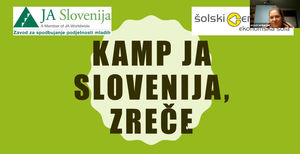 According to the 5 members expert commission, there are two winning teams this year, as they collected the same number of points according to the criteria of innovation, practical and business applicability and the implementation of the presentation. The Drava line team presented their vision of a special tourist attraction in Ormož, where they would set up ziplines across the Drava. The first place was also won by the Camp JA Slovenija team, which presented the possibility of encouraging people to handle electrical appliances responsibly via an online application. 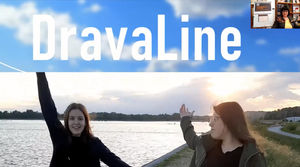 Awareness-raising is also a key goal of the third-ranked team Keychain 0.0 driver, of course in the field of prevention of traffic accidents due to alcoholism.

All participants of the e-event voted for their best idea and after a close result of the voting, the audience award was won by the Palcice team, which ensures that it is also possible to sweeten healthily.

The Final Conference - an event summarizing our project will be held on 30th of September. We would like to invite you to join us.

sTARTUp Tartu is an initiative to provide real time, online and offline connection between members of the tech and startup community in Tartu, Estonia.

Podim DX, which was transformed into a fully digital online implementation this year due to changed circumstances, has been finished.

SRC Bistra Ptuj, along with School Center Ptuj organized the Entrepreneurial Challenge for Youth 2020 which took place digitally via the Zoom video platform.

Bistra's best practice is changing its formula to digital, due to the current pandemic situation and in order to meet all safety requierments.

Recently, the partner visit of seven partnering region took place in Malta. We shared progress on action plans' implementation, our experiences and thoughts.

We will soon get to know the winner of SharOn Academy - acceleration program dedicated to startups operating in the field of sharing economy.

All action plans have been approved by Joined Secretariat. They can be now found in our library.

1st of April was the official date of launching new acceleration programme for startups and teams with the idea for the Sharing Economy sector.