Follow
A project that aims to combine the promotion and revitalization objectives of Cultural Parks which are shared by the towns of Galve and Camarillas.
Since the creation of the Geopark project and within the strategy of management and enhancement of heritage resources, the geological and paleontological heritage have acquired paramount importance. Hence UNESCO's commitment to making Geoparks a management model that would serve to revitalize those rural areas in which their Geological and Paleontological Heritage stands out. To this it must be added the underlying interest in the management and promotion of the cultural and natural heritage linked to these areas, and the need to contribute to their development by promoting rural territories.
We believe that now is the time to launch a product aimed at a cultural, family-oriented audience eager for experiences, which can find in the development of this proposal a compelling argument for getting to know and enjoying our territory.
It has been confirmed that it is necessary to have the maximum number of assets and attractions, in order to attract potential visitors. Galve and Camarillas have enough incentives to attract tourists, but we believe that a commitment to generating new content and resources is essential.
This proposal pursues several objectives based on the cooperation between two Cultural Parks, such as the Maestrazgo and the Chopo Cabecero del Alto Alfambra. We list them:
- Position both locations as family tourism destinations.
- To revitalize the rich and genuine paleontological heritage of Galve and the Cultural and Historical heritage of Camarillas

2 technicians to kick the action and make the disemination of the activity.

We are in a very early stage but more families, at around 20% more than before are spending time and staying for lunch time in the location of the Good Practice.

It has been no chalenges in implementing the action

The aim is to use the same method to publicise other heritage resources of interest in the territory, such as Pedra Seca, declared an Intangible Heritage Site by UNESCO, which will also have similar actions to publicise it dynamically in the field. 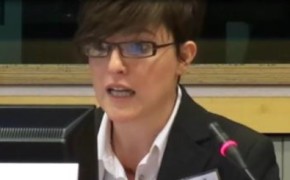